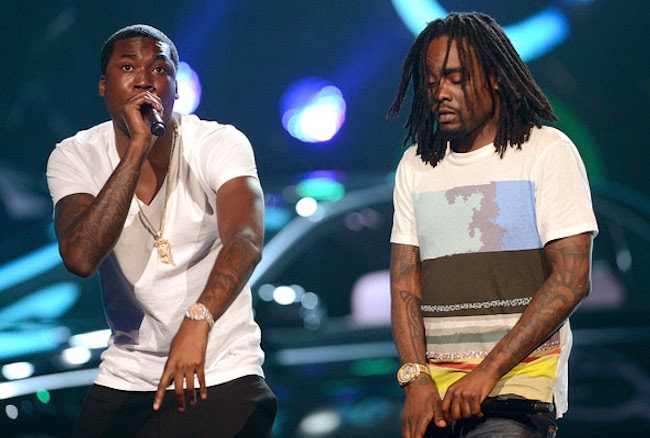 Listen to song below
Despite the Twitter drama between Wale and his labelmate Meek Mill, the DC rapper continues to pray for his brother.
Wale premiered a brand new track titled “MMG Under God” on New York City’s Power 105 radio station. The four-minute track is hosted by DJ Envy.
As expected, Wale addresses his issues with Meek Mill stating, “a brother you argue with is a brother you love enough to correct.”
Over the weekend, news broke that a Philadelphia judge had sentenced Meek Mill to serve three to six months in jail on a “technical” violation (which referenced Twitter) of his probation stemming back from a case he caught back in 2009. The news of his jail sentence came just two days after Meek Mill was spotted helping eight South Philly families whose homes were destroyed by a fire.
The Philly rapper has been very vocal about loathing Philadelphia’s District Attorney and the court system, accusing the D.A. of attempting to sabotage his career at all costs.
#FreeMeekMill
Take a listen to Wale’s latest offering down under.
Source : Global Grind
Photo Credit : Getty
at 1:50:00 PM